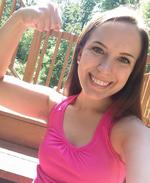 Cora is a graduate of Springfield College. She received a BA in Dance Production and Dance Education.

Angela began her dance career at the young age of three, studying every aspect of dance. She spent her summers dancing at nationally renowned ballet programs such as Princeton Ballet, Boston Ballet, Jacobs Pillow and White Mountain Dance Festival. She studied locally at The New England Dance Conservatory  with Shelley Zeibel and Ken Liptiz and performed with their Company New England Dance Theater.

Angela received the “Chancellor’s Award” from the University of Massachusetts, But passed on the award to study and dance professionally. She has performed with Boston Ballet, Pittsburgh Ballet Theater, American Repertory Ballet Theater, Ballet South, Albany Berkshire Ballet, Hartford Ballet, Disney, Universal Studios, MTV, and local Musical Theater productions.  She has worked with artists such as Twyla Tharp, Bruce Marks, Laura Young, Dermet Burk, Mary Pat Robinson and  Septime Webre. Angela received her teacher certification in both dance and Early Childhood education and went on to teach at many area schools, including New England Dance Conservatory with her mentors Shelley and Ken. The Dance Studio opened in Fall 2000, Angela has spent 19 years growing the program.

She is now a member of The National Dance Education Organization and National Dance Week, she feels educating the public on dance and movement arts is important. She currently is on faculty at Springfield College and is head of the Minnechaug’s Dance Team. Angela is certified in Zumba, Zumba Toning and Zumbatomic but has recently been teaching Ballet Booty Bootcamp which she created herself.  She enjoys encouraging other to explore dance as a n art and as fitness.

You can contact Angela directly at The Dance Studio (413) 596-0121 or via email at dancetds2@aol.com. Follow her on Facebook @ Angela Vital-Martowski to get important Dance Studio updates. 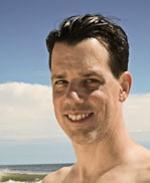 The Dance Studio's mission is to bring quality professional dance education to children and adults in a non-competitive atmosphere. One of our top goals is to ensure that all classes are age appropriate  physically, develop mentally and socially. We also offer equal attention to dancers regardless of age or ability levels. All dancers are treat equal whether a Recreational or pre-professional student.  The Dance Studio stands behind its dancers. No matter color, race, gender, sexual orientation, religion or beliefs. Our staff believes dance is the great medium to unit us all and bring us together.

All of our classes are taught by adult teachers with a BA, BFA or MA  in Dance and Dance Education. We strive to bring the most current methods in dance education, injury prevention and choreography to our students. The Studio has been in operation for over 20 years and our director has over 25 years of Dance education experience. Our moto "Nearly everything I need to know about life, I learn in a dance studio" by Risa E. Sanders . In this article from The Washington Post, Sanders spoke about how dance helped her over come and cope with life's difficulties. She said, she learned hard work, discipline, over coming adversity, perseverance, dedication and respect from dance. Sanders fondly remembered how dance helped her develop grace, strength, pose and creative expression that made her the person that she is today.

In these uncertain and unprecedented times, kids and adults alike need these skills and an outlet to express themselves. Dance as a physically and Creative form of exercise, is challenging, relaxing and engages the mind and body. Scientists have proven that music and movements together create Neurological pathways that help and increase brain activity. This is why, The Dance Studio feels so passionate about dance.

The Dance Studio is located. in The Kids Village of Post Office Park in Wilbraham, Ma. Our facility is over 3,500 square feet and our two studios have sprung floors for injury prevention. The Spacious waiting area has large windows to view class, a TV, and internet access. When the studio was first opened in 2000, it was located on the opposite side of Post Office Park and due to the growing interest, the facility was moved into a bigger building to accommodate our dancers and their families.

Lizet Joined The Dance Studio team in the spring of 2013. She is currently certified in all aspects of Zumba and Insanity.

Phil joined our team in the fall of 2014. He is an experienced zumba instructor with a love of music .

Click below for more info on our fitness class

​Michelle is a 2011 graduate of Springfield College where she obtained her Bachelor’s Degree in Dance and Business with a concentration in Marketing. While studying at Springfield College, she worked with many great choreographers, studying classical dance works from such artists as Limon and Cunningham. Michelle also served as Vice President and Choreographer of the Springfield College Dancers. She has danced with Disney and has won several prestiges’ awards for dance. Michelle has been an intern at The Dance Studio since 2009 and she joined the teaching staff in the fall of 2010.

Paige graduated from Mount Holyoke College in May of 2016 with a B.A. in Dance, a minor in Mathematics, and her Massachusetts K-12 Dance Education License. Paige has taught in the dance department of  Pioneer Valley Performing Arts Charter Public School and Amherst Regional High School. She is currently continuing her education at MHC in the Master of Arts in Teaching program, pursuing licenses to teach middle school math, special education, and English as a second language. Paige is the founder of the Treble Effect show choir at Mount Holyoke. She was the Artistic Director of the Mount Holyoke Dance Department Student and Senior Dance Concerts for three years, choreographer of four diverse and challenging dance pieces. During her summers, Paige has taught performing arts camps and choreographed musical productions.Her competitive students have received high scores and titles.

A native of Windsor Locks, CT, Paige also choreographed the Windsor Locks Middle School musicals for 8 years, Paige has studied tap, jazz, lyrical, ballet, modern and musical theater jazz. She has also studied tap at Steps on Broadway in New York City, facilitated and participated in a workshop for the Dance Education Laboratory (DEL). Paige is very excited to join The Dance Studio for a great year of dance and fun! 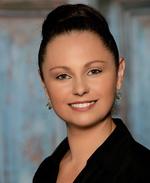 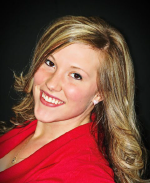 Check back for Bio's of our NEW  staff and Faculty 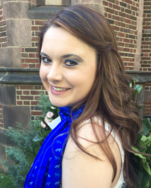 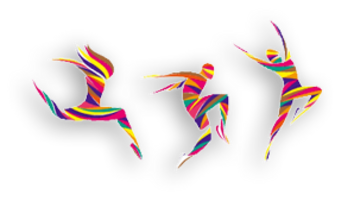 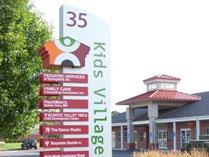 Michael began dancing when he was 10 years old.  In 1982 he received the Chancellor's Award for Talent to University of Missouri - Kansas City and began his professional dancing career in 1983 as a dancer in Fiddler on the Roof.  He performed on Broadway in Meet Me in St. Louis as lead dancer, toured nationally and internationally in 42nd Street and Sophisticated Ladies, and as Macavity in Cats.  He danced at Radio City Music Hall in The Christmas Show and in The Easter Show as featured acrobat.  He appeared on TV in Night of One Hundred Stars II, The Irving Berlin 100th Birthday Special, and The Presidential Inaugural Gala for President George H.W. Bush.  He teaches jazz, tap, ballet and acrobatics, as well as social dances, such as two-step, salsa and swing, creative movement dance based on Dance Education Laboratory's methods and a form of yoga dance called Journey Dance.